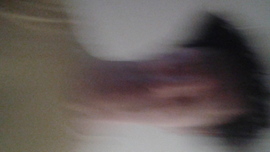 Now living in Idaho with Emily, wife of more than a quarter century— she’s been in my life longer than not. Beyond our front door offers a walkable neighborhood in a historic area, classical orchestras, trails to hike and bike paths of every terrain imaginable.

From the software industry and tech startups, we previously resided in San Francisco, New York City, Seattle, Chicago, rural New England and briefly in the Detroit area as well as overseas in Sydney and across the northern border in Vancouver.

Journeying through a tech career included presenting at international trade conventions, working with wonderful people from over fifty nations, making complex systems simple to use for those less technically inclined, starting companies plus helping several other people launch or grow theirs, and learning much about society and human nature through those rich experiences.

Originally, I considered attending art school based upon a commercial-grade portfolio with award-winning pieces by end of high school but instead studied computer science. Interactive 3D was the future! Many detours took me through a previous incarnation of Virtual Reality research and earning a screen credit as Executive Producer for one of Tony White’s beautiful and masterful animations. Returning to those roots through self-study, the re-release of Andrew Loomis' 1930-40's drawing books have been most beneficial.

Raised along the eastern seaboard of North America, my parents were from The Bronx and Philadelphia, each having grown up as native speakers of Italian and Croatian, respectively. This contributed to a culturally diverse upbringing during the late Twentieth Century and offered objective insights into mainstream Western thought and practices– insights which inform my current writings.